Her Majesty the Queen names Britannia— 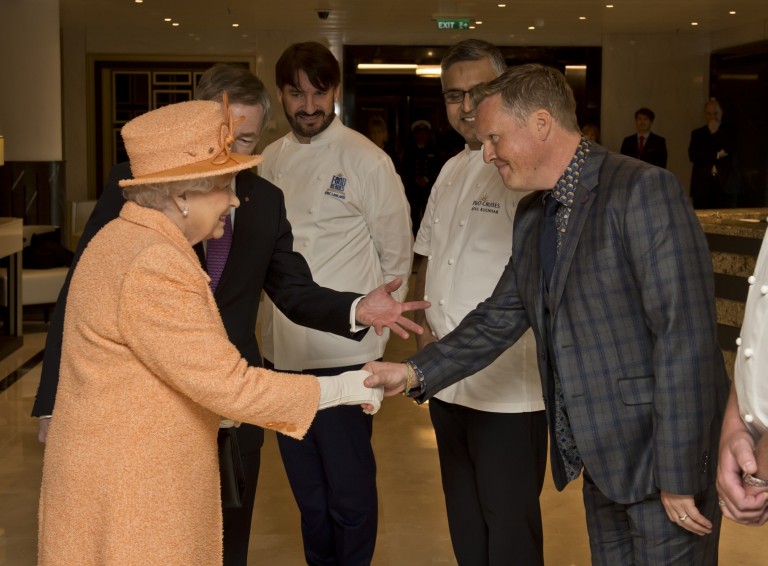 Her Majesty the Queen, accompanied by His Royal Highness The Duke of Edinburgh, names the new vessel Britannia in a lavish ceremony at Ocean Terminal, Southampton on Tuesday 10th March 2015.

Four nebuchadnezzars (the equivalent of 20 bottles) of Wiston Estate Brut NV, chosen by Olly, were specially commissioned for the naming ceremony of Britannia, and one smashed on her bow to officially launch the ship, while bottles of the Brut NV and Rosé Vintage 2011 were served during the various inaugural events.

Olly on board Britannia ahead of the naming ceremony

Wiston Estate selected by Olly primed and ready for Her Majesty to christen Britannia.

Olly and the Food Heroes meet The Queen at Britannia’s naming ceremony.

The biggest ship designed exclusively for Britain, Britannia is P&O Cruises latest “modern classic”, heralding a new era of holiday choice. The naming will be a milestone in British maritime history and will be an event of great national interest.

Olly is delighted to be opening his fourth Glass House bar on board Britannia. The Glass House is a sophisticated and informal haven of good food and excellent wine. The stunning range of 32 wines from around the world have each been handpicked by Olly, each one a complete treat. 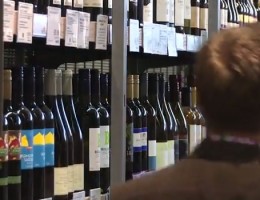